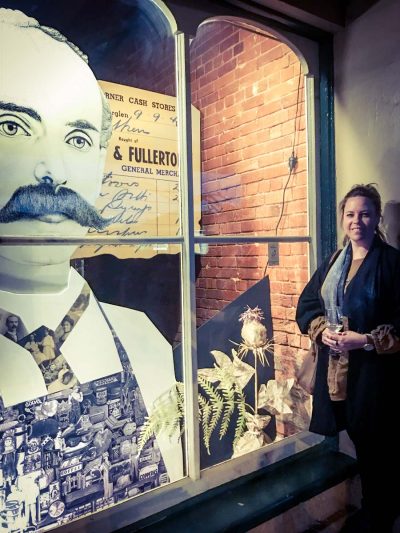 Archibald Gordon Aitken was born in 1863 in Aberdeen, Scotland. In 1885 he arrived in Australia, aged 22 on the ship Inveruglas.

6 years later in 1891, along with WR Commins, he purchased the general store at Rutherglen. Together Aitken and Commins built on the business, as well as the building, adding the side wings in 1911.

AG Aitken became the president of the Caledonian Society of Ruther- glen when it was founded in 1923, an indication of his love for his homeland and Scottish heritage.
1926, Commins retired from the store and AG Aitken’s son-in-law, Percy Fullerton joined the business and it became Aitken and Fuller- ton.

AG Aitken passed away in 1937 and Percy Fullerton continued to run the store until 1961. Fullerton was known as the town grocer and a community man for many years (not only was he a returned ANZAC, but the Worshipful Master of the Masonic Lodge, a member of the Rutherglen Fire Brigade, The Rutherglen Gun Club and heavily involved in the RSL).

AG Aitken is the link between the 19th Century and the 20th Century for the General Store in Rutherglen. As a business owner he would have seen many changes—operating the store during the Gold Rush era, World War 1, the ‘Roaring 20’s’ and then the Great Depression. 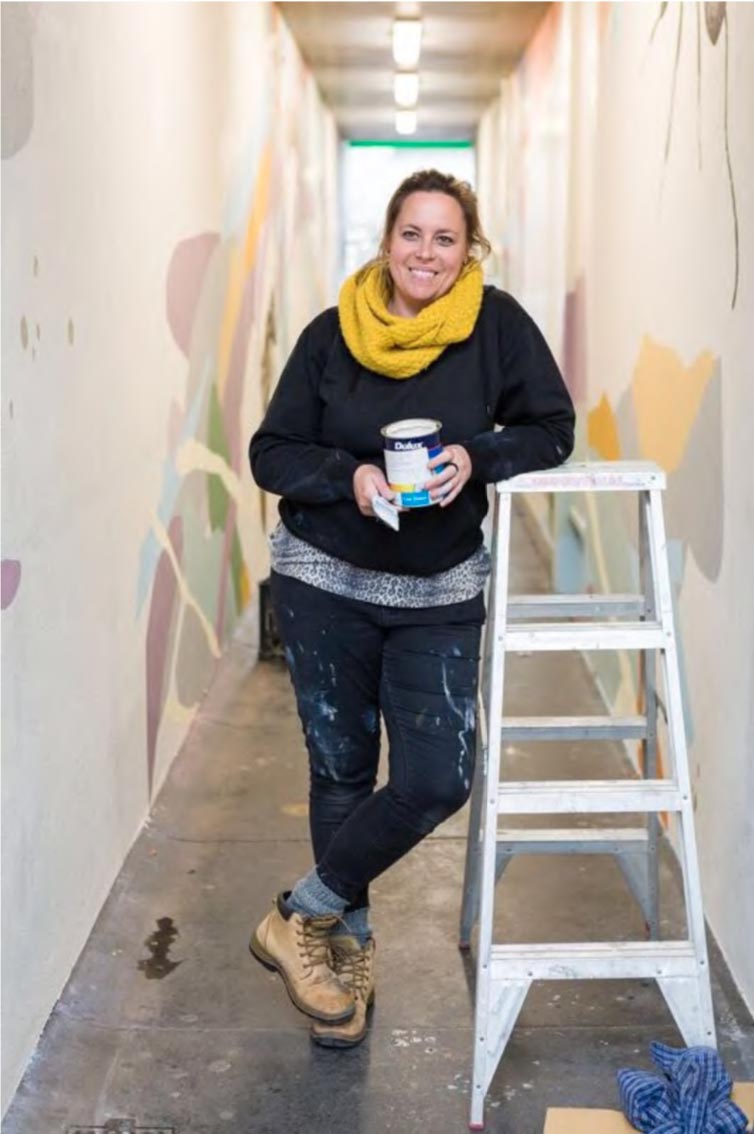 About the Artist: Kirrily Anderson

Her creative practice is an eclectic meld of visual art, illustration, street art & graphic design. Having recently moved from the busy midst of Melbourne’s creative scene in Collingwood to the still beauty of Chiltern in Victoria’s North East, the tone of her artwork has come full circle to reveal the quiet and reflective nature of her upbringing in rural NSW.
Immersing herself in the street art scene in Melbourne between 2010 – 2013 saw her curate and co-curate a number of exhibitions and street art based events, including Art de la Roo, (Toronto, Canada, 2012) and Street Advent (2011 & 2012).

Kirrily has exhibited and curated both in Australia and overseas. In 2015 she was shortlisted for the Marie Ellis OAM prize for drawing and awarded the Abbostford Convent’s Spiritous Award. She has facilitated street art workshops in Melbourne and rural Victoria.
Kirrily opened Paper Trail Studio in Chiltern in March 2017. The studio showcases selected works and functions as a space for creative workshops.